I’m sure you may have heard about dragons, and fire coming out of their mouths.

But, have you ever thought about the possibility of their existence? I did, and I was shocked to see that they have a decent chance of really living (or may have lived) on Planet Earth.

Note that these dragons do not literally have wings nor they are such intense in both structure wise and ability wise as described in the fictional works. So let’s begin our observation.

In my research, I found that the ‘dragons‘ found in the literary works could be the dinosaurs. The term ‘dinosaur’ was coined in the 18thcentury, so, earlier people would have called them dragons.

So, now supposing that the ‘dragons’ are ‘dinosaurs’, let us look at  some of the factors or evidence which can affect their existence!

You may be shocked to know that it is, really, possible!  Let us look an example.

This insect is called Bombardier Beetle.

It’s no ls than a miracle! The reason I’m saying this is because it sprays out a mixture of hydrogen peroxide and hydroquinone and its temperature is of boiling water.

Now, this insect is a master in chemistry. It has a really impressive mechanism. If the two chemicals mix in its body, then it would blow up its rear end, and, the beetle doesn’t want to be roaming around with a blown end!

I think you understood the mechanism of its chemical warfare. Now, timing is really important for this beetle. If it forgets to release any of the 4 chemicals, it is history. So, if it’s possible for a beetle, then a system more complex than this can be incorporated in a dinosaur.

So, let us look at our next factor.

Scientists have found that there are some dinosaur species which have hollow compartments in their heads which have no known use. For instance, Parasaurolophus, shown in the picture above, had interconnected pipe-like hollow structures in its head. Some argue that this structure was used to produce sounds, I think there is a reasonable possibility for this theory –

The dinosaur store the methane gas and other by products of digestion (of plants) are stored in these vast chambers (maybe in liquid form) which could be used as a fuel.

And you may think how would the fuel be lighted up, and, that too has some possibilities and theories. Remember the bombardier beetle, it used chemical reaction to produce high temperature emissions, and the dinosaurs could also do that. And another theory is that it swallowed stones which, by rubbing produced sparks and when the dinosaur breathed out the methane gas, it would ignite due to the sparks and would have produced a small amount of fire or just sparks or flames! The stones thing may be a bit weird, but birds use stones in their digestion. Yes, they really swallow stones and those stones would grind the food and make it into a paste which would make the digestion process easier.

Now you may wonder that what if the dinosaur’s head caught fire! I think I have a decent answer for that. You must have seen people breathing fire like this one –

Here, the person first blows the fuel out and then adjoins the fire accordingly. Maybe the dinosaur’s mechanism was similar to this. Maybe the sparking system was at the edge of its opening so that the flow of fire was always outwards.

I think this idea of fire breathing explains why most dinosaurs, including the t-rex, had a head of the size of a car but brain only of sizes ranging from a baseball to a football.

Mentioned in the Bible and other Cultures!

Please note that the content in this section contains views of my own and not of any other author on this website.

The reason why you may know about dragons is that it is present in various cultures and scriptures including The Bible. In the book of Job, in Ch. 41, The Bible speaks of a creature named ‘Leviathan’ and describes it as follows –

“By his neesings a light doth shine,… out of his nostrils goeth smoke,… his breath kindleth coals, and a flame goeth out of his mouth.”

Some scholars say that it is a symbolic verse referring to Satan but I think that a creature like that existed in the form of a dinosaur, we’ll discuss that further. But, isn’t it kinda strange that many cultures describe it in the same way!

Let’s move on to the CONCLUSION.

So, next time you hear or see anything like a fire breathing dragon, don’t dismiss the idea so easily saying it’s just a fantasy. Instead, think about it and remember that it didn’t have any wings and neither had it breathed fire such intensely as shown in fiction.

A Note to the Readers

Thanks for checking this article out and make sure you read other interesting articles at Maddyz Physics.

If have any doubts or conflicting opinions regarding this article, or you want articles on any other topics, the comments section is there for you!

Have a good day!

Sathvik is a last second-year high school student (grade 11).
He is the executive editor/author of Physical and Mathematical Sciences of Maddyz Physics (maddyzphysics.com).
He firmly trusts God and takes pleasure in exploring the creation in the "scientific way". He writes his views on classical physics, engineering and other bizarre topics.

2 thoughts on “Could Fire Breathing Dragons be Real?” Leave a comment › 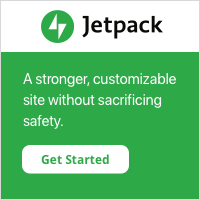